Last Thursday saw the announcement of the Woman of Achievement award finalists and we invited along our roving reporter Ramat Tejani. Here’s what she had to say…

The latest Women in the City event celebrated the category award winners for the Woman of Achievement Award 2015. Held at the Bryan Cave LLP offices near St Paul’s, the event was a celebration for the category winners ahead of the final awards ceremony to be held in November. This award is different to the Future Leaders Awards I attended in the summer, in that it celebrates the achievements of women in more senior roles. Last years Woman of Achievement Award winner Debra Ward, Managing Director at Condeco Software provided us with some insight into the journey of winning the award. But not before getting the audience stand up and do a super hero pose. Reminding us the there is a superhero in all of us and that we shouldn’t forget it. Debra spoke passionately about how much confidence winning the award had given her. The confidence to move up in her career and confidence to continue supporting and encouraging the women that she mentors.

This encouragement of others reiterated by Patricia Diskin, of Misys. Misys who provide financial service software are sponsoring the Woman of Achievement Award 2015. As an organisation they are keen to make changes and Patricia shared the some of the initiatives that are now in place to address gender balance and diversity in leadership. In the last two years Misys has gone from having no female representation on the leadership team to about 25% at present. Alongside this the organisation have implemented a number of initiatives and regularly encourage women to take part. One initiative in particular, Growing@Misys stands out, as it is a programme about giving back through coaching and facilitating. Almost half, 14 out of the 31 those involved were women. The five winners for the various categories had a few things in common that really came through in their thank you speeches. Firstly it was clear that regardless of the industry, the award winner was very passionate and proud of the work they have been doing around gender equality. Secondly each category winner was determined to continue the fight for equality for those coming up behind them. And last but not least they were all very humble in their nominations, they wouldn’t have necessarily put themselves forward for the award but we grateful someone recognised something in them and did.

As individuals we can make a difference in the world around us and for young girls we need them to have role models to aspire to.

Young girls cannot be what they cannot see so congratulations to all nominees and our five category winners for being great examples of what women can achieve.

The five Category Award winners for 2015 were: 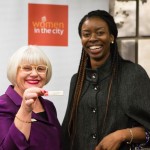 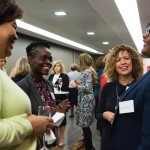 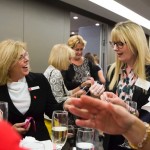 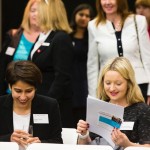 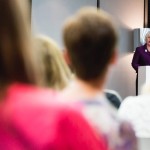 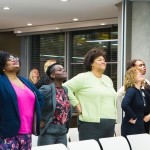 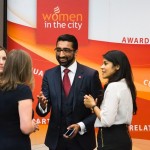 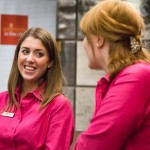 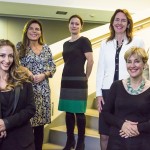 All photographs credited to Karla Gowlett

Love this! I recall a long-retired #accountant telling me that when he was he doing his articles it was common place to see "cat food and supplies" for the office feline on a company's books. twitter.com/BBCArchive/sta…

Just answered the phone. From an 0203 number: "There is a tax fraud against your name". My number is registered with #TelephonePreferenceService. This call must be coming from outside the country. Be careful people.

Didn't manage to press record in time for y'all to see Ted pull out the box, put his face in and grasp a bag of @DreamiesUK between his teeth. I'm having a cuppa and a biscuit, l guess his thinking is "Why shouldn't I". pic.twitter.com/q9qXn536BX

New packaging, left, for #Estrogel #HRT. The nozzle is different too. Rather smart! pic.twitter.com/UT90RQOKni

We teamed up with Country Life to bring you a selection of amazing gym facilities in London homes and tips on how to keep fit in the city. Read the full article here: cbreresidential.com/uk/en-GB/… #cities #citiesarelistening #London pic.twitter.com/GPFe4rUvVH

Dear Surgeons of Twitter. Why are you stopping transdermal HRT for 6 weeks before (& often after) surgery leaving women with awful symptoms, some feel this is worse than not having the surgery! There is NO INCREASED RISK of VTE with transdermal oestrogen. Clear in NICE guidance.

'Be A Lady, They Said.' Powerful video about being a woman her.ie/life/be-a-lady… via @Herdotie